By Vibrant Naukri on July 13, 2018
UPSC Final Result with Marks ꟾ Central Armed Police Forces (Assistant Commandants) Examination 2017 : Union Public Service Commission (UPSC) has published Final Result for Central Armed Police Forces (Assistant Commandants) Examination, 2017, More information please read below mention details carefully.
Name of Exam : Central Armed Police Forces (Assistant Commandants) Examination, 2017
Final Result with Marks: Click Here
About UPSC : Civil Servants for the East India Company used to be nominated by the Directors
of the Company and thereafter trained at Haileybury College in London and then sent to
India. Following Lord Macaulay’s Report of the Select Committee of British Parliament,
the concept of a merit based modern Civil Service in India was introduced in 1854. The
Report recommended that patronage based system of East India Company should be
replaced by a permanent Civil Service based on a merit based system with entry
through competitive examinations. For this purpose, a Civil Service Commission was
setup in 1854 in London and competitive examinations were started in 1855. Initially,
the examinations for Indian Civil Service were conducted only in London. Maximum age
was 23 years and minimum age was 18 years. The syllabus was designed such that
European Classics had a predominant share of marks. All this made it difficult for Indian
candidates. Nevertheless, in 1864, the first Indian, Shri Satyendranath Tagore brother
of Shri Rabindaranath Tagore succeeded. Three years later 4 other Indians succeeded.
Throughout the next 50 years, Indians petitioned for simultaneous examinations to be
held in India without success because the British Government did not want many
Indians to succeed and enter the ICS. It was only after the First World War and the
Montagu Chelmsford reforms that this was agreed to. From 1922 onwards the Indian
Civil Service Examination began to be held in India also, first in Allahabad and later in
Delhi with the setting up of the Federal Public Service Commission. The Examination in
London continued to be conducted by the Civil Service Commission. 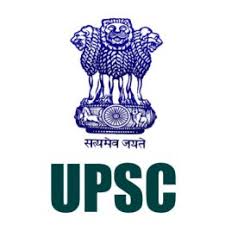 Published in Result, Results and UPSC